Bristol is an ideal location to start a business for many reasons. Bristol City has come second in a list of cities judged by the Start-up Cities Index 2017. It owes its success to such factors as a skilled workforce, great broadband speeds and a vibrant, healthy community of new start-ups – almost 3,000 in 2016.

Bristol has some of the best transport links, with London only 90 minutes away and a local international airport. The population is almost half a million and the council is part way through a process of investing a further £400 million towards its transport infrastructure. The Smart City programme that started in 2011 as a collaboration between business and the public sector, is constantly working towards making Bristol a leading city of the future in terms of smart technologies and electric vehicles. 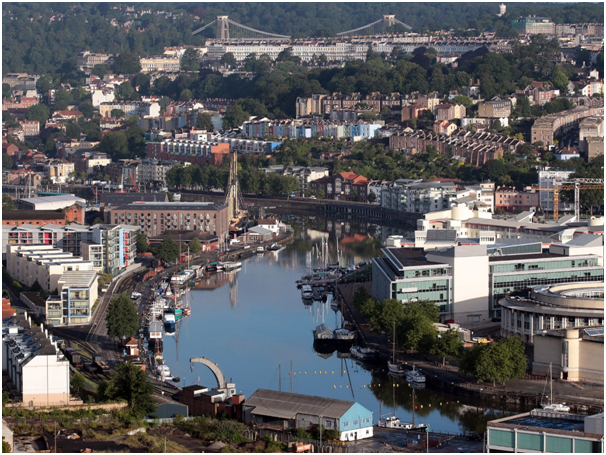 Bristol is also home to the very busy port of Royal Portbury Docks that reaches 42 million people on the international market. Many businesses are attracted by the access to international markets and a great deal of commercial development has taken place on the Harbourside. There is private accommodation, retail space and many small businesses in the IT and media sectors. To bring your business to such a thriving area, you’ll need a top-quality website to advertise yourself. For Bristol Website Design, visit https://www.aardvark-creative.com/

One of Bristol’s greatest assets are its workforce. There are more than 150,000 people of working age who are educated to NVQ Level 4 and above and two universities that are ranked amongst the top 30 universities in the world. The universities are involved in the RED programme for Research and Enterprise Development which engages entrepreneurs and researchers including graduate work placements.

Work is also continuing to attract new business to the West of England. The West of England Local Enterprise Partnership has been awarded £86 million to continue development in and around Bristol. It focuses on attracting private investment and creating 17,000 jobs over the next decade or so. Businesses wishing to set up in the Temple Quarter Zone are offered discounts on their business rates of over a quarter of a million annually.

There is also a South West initiative called SETsquared. This is a partnership between various South West universities which offers funding, advice and mentoring for high-tech start-ups in their infancy. Training courses and workshops are also available to start-ups from not-for-profit organisation BRAVE Enterprise. Just over a year ago, the firm Oracle announced it was setting up its tech headquarters in the city and would support five other cloud start-ups through the BRAVE programme.

There are plenty of opportunities for new businesses to find affordable office space as well. Many different options exist including co-working spaces, shared offices, incubation space and areas available through numerous enterprises and hubs.

A beginner’s guide to underfloor heating